Live, Laugh and Love – A Blog

“If there be no great love in the beginning, yet heaven may decrease it upon better acquaintance, when we are married and have more occasion to know one another: I hope, upon familiarity will grow more contempt. ” – “The Merry Wives of Windsor”

What I love about summer in Edmonton is there are a lot of festivals anyone can attend and be entertained. I have been a big fan of the literature works of William Shakespeare since high school with plays such as Romeo and Juliet, Hamlet and one of my favorites, Much Ado About Nothing.

I claimed seasons pass after participating at a silent auction raising awareness for MS. I had an opportunity to see two plays called “The Merry Wives of Windsor” and “Merchant of Venice”. Both plays are comedies which are not popular as the ones I described that Shakespeare wrote. The play was held at Heritage Park Amphitheater and it’s a nice facility at Hawlerak Park. This festival was holding a puppet show before the play and tents filled with refreshments, food and information regarding donating to the Freewill Shakespeare Festival to keep these events going. The first play I saw was The Merry Wives of Windsor about a character named Falstaff who is accused by Justice Shallow and his nephew Slender of swindling them. Falstaff also uses the wives of Justice Shallow and Slender to gain access to their husband’s fortune. The second play I saw is called Merchant of Venice about a character named Bassanio who needs 3000 ducats to properly woo a woman named Portia a wealthy heiress in Belmont. I enjoyed both plays that were presented and set around the 1960 disco and 1970’s music.

What I loved about this festival is it has given me an impressive admiration of the activities happening around our city. In comparison to cities like Chicago or New York, Edmonton can provide so much activities to do for all kids, adults and seniors and walk away being entertained and educated. The plays are held outside which people could enjoy sitting out watching especially on a beautiful weather. I look forward to experiencing more of these kind of events in my small, yet vibrant city. And if you are given a chance to have this kind of event, don’t pass up on it if you’re a Shakespeare fan.

“Upon the rack, Bassanio! then confess. What treason there is mingled with your love?” – Portia “Merchant of Venice” 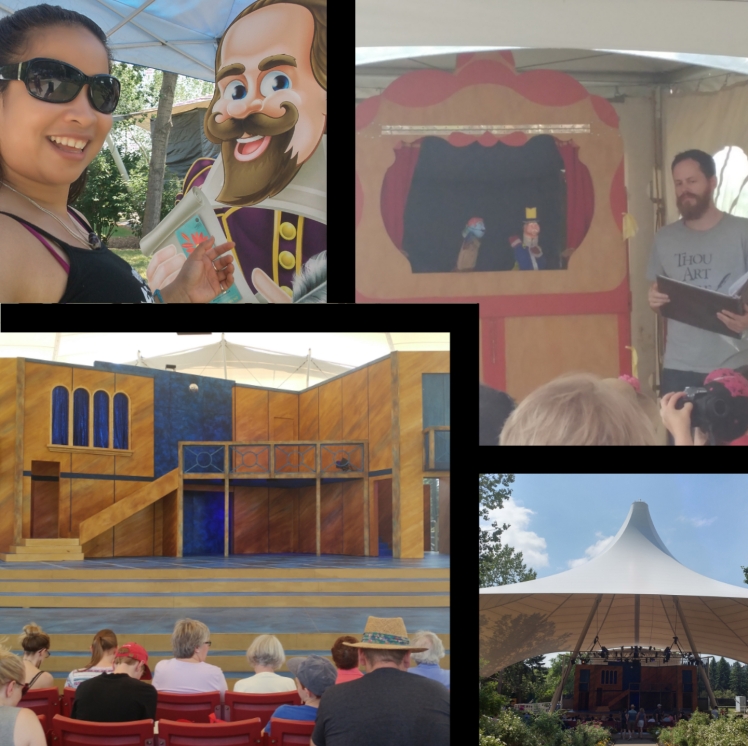